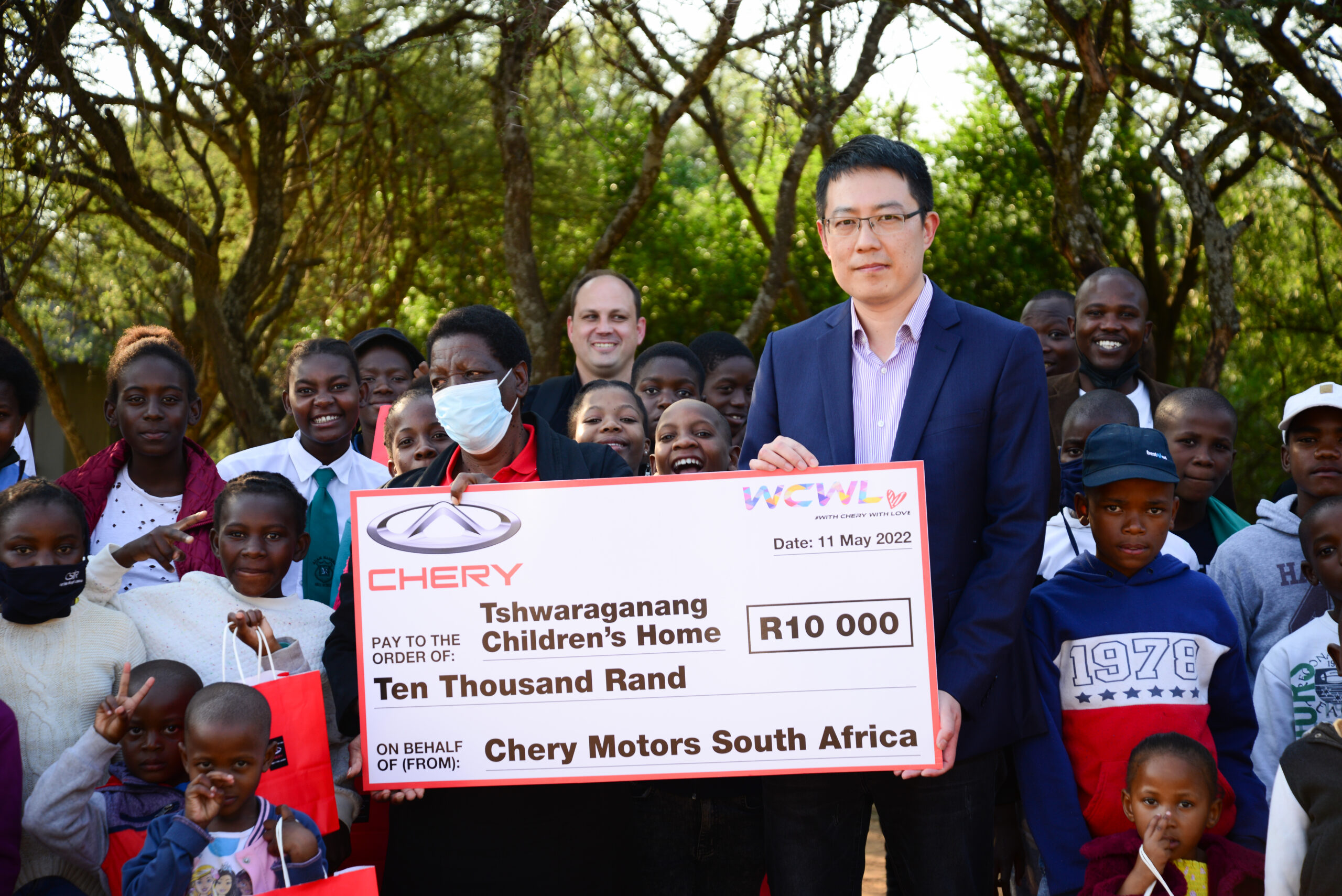 Chery South Africa used the much-anticipated launch of its new Tiggo 7 Pro SUV to bring its #WithCheryWithLove campaign to life.

The company yesterday used the media launch of its new midrange luxury SUV to host the team of Tswara Ganang Children’s Home in Gauteng and donate food, sweet gift packs and blankets. The donations were carried in the back of the Tiggo 7 Pros. 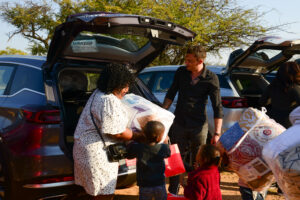 “The #WithCheryWithLove campaign first started in China and soon spread across Russia, South America and the Middle East as our customers caught on to the idea of doing good, while having fun in your Chery,” says Bianca van Staden, National Marketing and Brand Manager of Chery South Africa.

The first #WithCheryWithLove campaign started when the Head Office in China invited the various countries in its network to find worthy causes and support them under this hashtag. It also welcomed customers to share their experiences behind the wheel of a Chery with the same hashtag.

Chery South Africa did not waste any time joining #WithCheryWithLove. The first invitations to dealers and the public were issued as soon as the Tiggo 4 Pro was launched and they repeated this when the Tiggo 8 Pro touched down.

For instance, during Easter Chery invited customers to share their experiences behind the wheel of a Chery with the #WithCheryWithLove hashtag. A handful of lucky customers won large hampers.

Prior to the launch of the Tiggo 7 Pro, Chery South Africa, its dealer network, suppliers and friends also joined hands in an ad hoc #WithCheryWithLove campaign and collected over R300 000 in cash, water and donations for old age homes and people affected by the floods in KwaZulu-Natal.

“For the Tiggo 7 Pro, we asked our network of friends and dealers to suggest a worthy cause. That is when Tswara Ganang popped up on our radar.

“We realise that the economy is under pressure, which means that many organisations such as Tswara Ganang must focus their available budget on providing food and basic services to children. That is why we decided to add the sweet gift packs and blankets to our donation,” says Tony Liu, Executive Deputy General Manager of Chery South Africa.

“We want to continue the #WithCheryWithLove campaign throughout the years ahead in an effort to move even closer to our customers and become the warm and supporting brand that we are known for throughout the world.

“Customers and friends of the brand should not hesitate to share their ideas for supporting worthy causes using that hashtag. Where we can assist, we will certainly do so.” 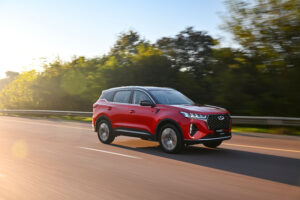 Chery yesterday launched the Tiggo 7 Pro as a luxury mid-range SUV to bridge the gap between the Tiggo 4 Pro luxury compact SUV and the Tiggo 8 Pro flagship. The model features a host of luxury andtechnologically advanced features as standard, including LED lighting, multiple digital touch screens for all controls and vehicle information and five-star safety.

The Tiggo 7 Pro is available at R409 900 for the Distinctive model and R444 900 for the Executive model, that is also equipped with a Panoramic Sunroof and additional luxury and safety features.

“The growth of Chery in South Africa has surprised even our most optimistic dealers and colleagues. We cannot wait to show the new Tiggo 7 Pro to customers and welcome more people to the Chery family and we look forward to our next #WithCheryWithLove project,” says Liu. 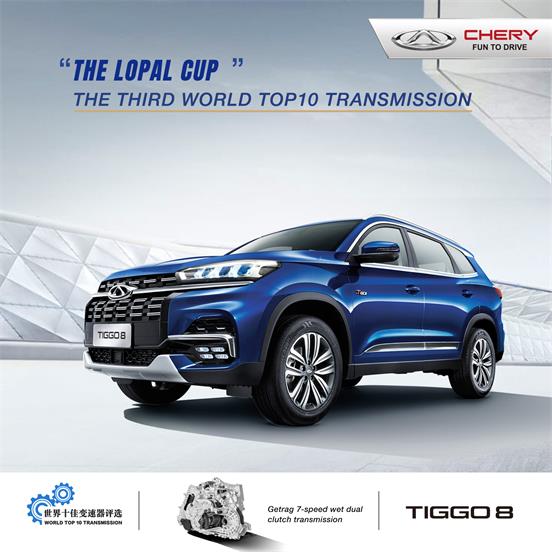 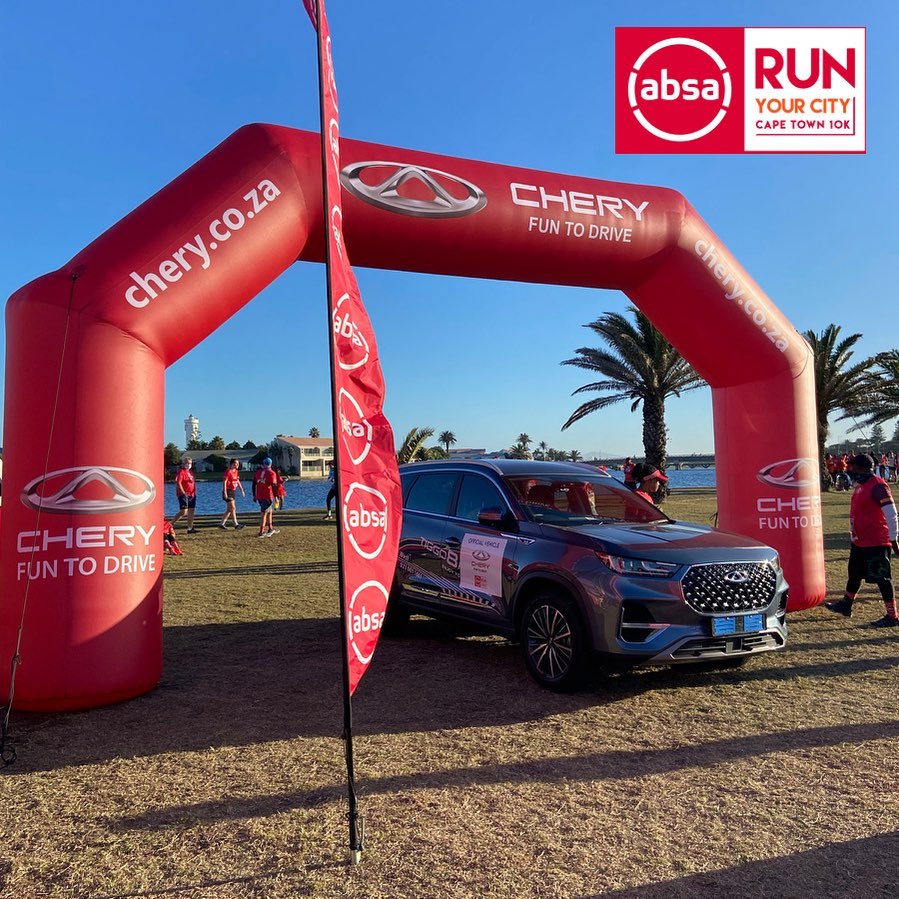 1 December 2021
Chery has reaffirmed its commitment to developing and improving on all types of vehicle propulsion with the recent launch of its Chery 4.0 programme. Named Chery 4.0 Full-field Power Architecture for its reference to four distinct types of propulsion, the programme commits Chery and its thousands of research and development engineers to the development of fuel, hybrid, pure electric and hydrogen power plants. This programme will run from 2021 to 2030. from Chery accelerates technological advancement with Chery 4.0
Read More